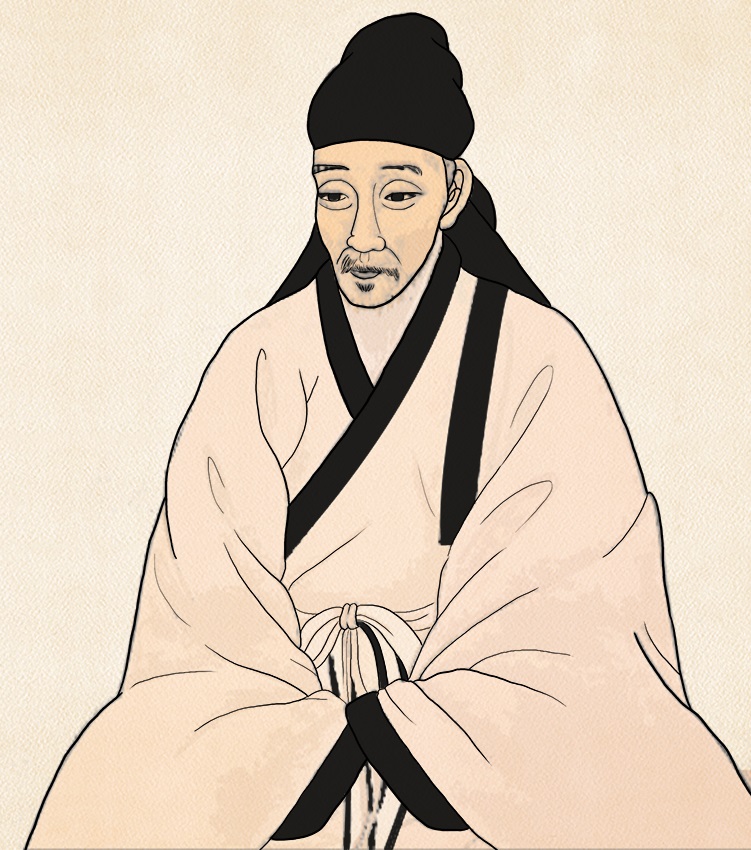 To list the great men of Korea, we first selected the figures who left the writings in our history. We tried not to confine our interest to the acts of the person but to broaden our attention to the writings they left behind, By that, we tried to better grasp the meaning and content. As we went back in time, we discovered that the number of people who left not just their names but writings became less and less. For this reason, some figures have to be selected out of these principles. However, except for them, most were generally chosen in this way. As we basically selected figures in relation to their writings, inTELectuals became the main target and were mostly chosen.

With regard to the ancient times and Goryeo Dynasty era, Buddhist monks and officials have become the main target for this work. In Joseon dynasty, except for a small number of people including the King, most Confucian scholars were targeted. Since Buddhism was introduced to Korea during the ancient Three Kingdoms period, it functioned as the main idea governing the behavior and spirit of the nation until the rejection of Buddhism in Joseon dynasty. On the other hand, Confucianism was respected as a basic knowledge in operating the government and finally replaced Buddhism as a philosophy of ruling the country at the inception of Joseon dynasty. However, unlike the pre-modern era, new set of rules should be applied to modern times due to abundance of writings available. Therefore, we primarily selected figures who left a major authorship of writings in the formation of modern history. After the opening of the country, a variety of scholarship and ideas of the west became the basis of forming modern knowledge society. Among them, the study of history was considered as the most important factor in shaping the future of a nation. At that time, many philosophers were interested in history and written records that were left behind. We had selected a few who left distinctive works.

I hope you can easily reach more people through the authors and their writings which left a distinctive mark in Korean history.