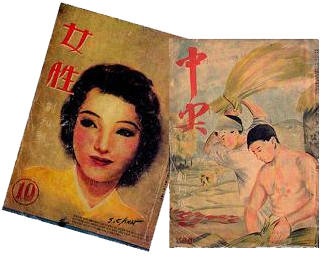 Magazines are a type of communication medium that, like newspapers and books, often includes printed articles, pictures, and photos. Unlike books, however, magazines are published regularly and continuously. However, because of the longer intervals between publication, magazines typically lag behind newspapers in breaking the latest news.

The term “magazine,” which refers to periodicals aside from newspapers, comes from the Dutch word “magazien,” which originally meant “storehouse”. The first use of the word “magazine” in reference to periodicals dates back to the publication of Gentleman’s Magazine in 1731 by Edward Cave in London, England. Its purpose was to provide inTELectuals with information and entertainment in printed, bound form.

The advent of magazines in Korea resulted from contact with Western culture, so it is important to acknowledge the original purpose and Western origins of magazines. However, in order to fully understand the unique characteristics of modern Korean magazines, we also need to understand the publishers, ideological tendencies, and scope of information covered in these magazines. Korea’s first magazines all shared a common purpose: to “enlighten” the Korean people. However, Korean magazines’ format and content changed and developed over time, often as a direct response to political events. For example, during the Japanese colonization of Korea, magazines were used as tools of resistance against oppression, but eventually the most widely circulated magazines of Korea’s modern era became popular general interest magazines that mostly covered entertainment and current events.

The history of Korean magazines can be classified into two general time periods, that of before and after liberation from Japan on August 15, 1945, also known as Liberation Day. This collection covers the first editions of Korean magazines published before Liberation Day, which itself can be subdivided into four time periods: the embryonic period (1896-1909), the military government period (1910-1919), the period of cultural politics (1920-1936), and the Japanese propaganda period (1937-1945).