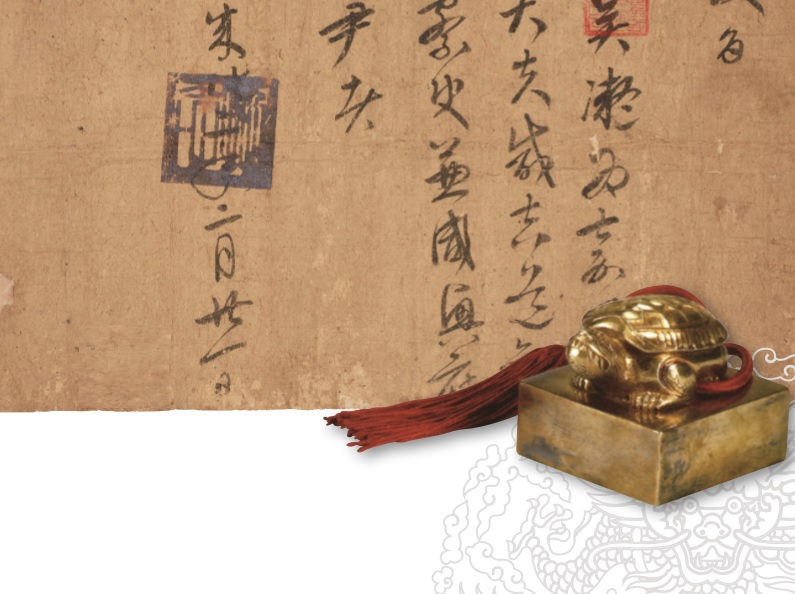 Eobo (royal seal) refers to the official seals of the king, queen and crown prince produced by the government. Since the official seal is an instrument that identifies and symbolizes individuals or organizations, it can be deemed that Eobo symbolizes the authority and legitimacy of the king and royal family.

Eobo was produced at the time of the ceremony for coronation of kings and queens as well as at the time of dedication of Jonho (eulogistic posthumous title), Shiho (posthumous title) and Myoho (title for the tomb), etc. in praise of their virtues. In the event of symbolizing the nation and succeeding of the throne, and using the seal for practical purposes such as use on foreign diplomatic document or orders of the king, it is distinguished as Guksae (state seal).

It can be seen that a diverse range of Eobo has been affixed to ancient documents such as written orders of the king, internal copies, commercial treaties and Okchaekmun (statement written on booklet made with jade to dedicate eulogistic posthumous title to king and/or queen), etc. held by the National Library of Korea.

Characteristics of Eobo and cultures of royal family during the Joseon Dynasty will be highlighted by examining the ancient documents and literatures on which the Eobo of the king, queen and/or crown prince was affixed