The economic development of the Republic of Korea following the establishment of the government in 1948 is considered one of the noteworthy economic achievements made in the world. Despite the tumultuous events and hardships such as the tragic fratricidal war that broke out on June 25, 1950, the oil and currency crises, and the April 19 Revolution and the ensuing democratization process in the 1980s, Koreans spurred incessant efforts to achieve economic growth and development.

After liberation from the Japanese colonial rule until the 1950s, Koreans were committed to post-war restoration and creation of a strong foundation for economic development. The economic development plan was implemented in full swing in the 60s to pave the way for the industrialization process, and industrial advances were successfully made in the 70s, yielding tangible results that are known as the “Miracle of the Hangang River.” Starting in the 1980s, the Korean government began promoting quantitative and qualitative growth of the economy and also shifted their attention to improving the quality of life for the citizens. As a result, Korea has emerged an economic powerhouse on the world stage and a key player in the global economy.

In just half a century, Korea positioned itself as a nation that has achieved the miracle of attaining dramatic economic growth that has been unprecedented in the world. In addition to the businessmen, scientists and laborers who contributed to the efforts, this remarkable achievement would not have been possible without the economic policies and measures that were formulated and pursued in order to influence the national economy and achieve the specified economic objectives. Economic policies, ranging from the building of massive ships for export to the daily lives of citizens, have a considerable impact on production and consumption. Also, economic policies, which include budgeting measures, have direct and indirect connections to healthcare, foreign affairs, national defense and education. Thus, economic development and economic policies are inseparable matters, and one cannot be discussed without considering the other. Furthermore, taking into account the fact the government has played a major role in the economic development of Korea, the government-initiated economic policies have had a significant impact, whether positive or negative or no matter how trivial or substantial. From this aspect, the process of organizing and inspecting economic policies is deemed very meaningful. 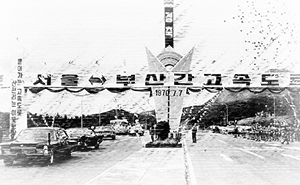 This is a collection of the economic policies, which had an important impact on the process of economic development in Korea. Major economic policies from various areas have been chosen in order to explain their introduction backgrounds, implementation systems and methods, major details and results. Also, for a general overview of the history of the economic development in Korea, the developmental process can be examined with respect to five selected fields, which include the general economy (macroeconomics, banking, finance, taxation, and competition policies), industry, foreign economy, national territory and environment, and social welfare and healthcare, based on objective descriptions and explanations of the major issues. In addition, the publications and reports issued by major domestic institutions, specializing in the collection, execution and research of economic policies, were examined and analyzed. Lastly, the issues of the domestic economy diagnosed by foreign experts and the countermeasures proposed can be examined through “The Economy of Korea Viewed from the Outside.”

There is a need for Korea’s economy to make another gigantic leap today. The past external growth has led to undesirable side effects, manifesting as social conflict and antagonism, and there are growing concerns of the impacts of the emerging and developing nations and the global economic recession on the domestic economy. At this time point, it is important for us to reflect on the past economic development of Korea, which can serve as an impetus for us to better respond to the changing environment. It is impossible to properly diagnose the current conditions or seek measures for the future, without an accurate understanding of the past events. Because history tends to repeat itself, we need to examine the past events in order to predict the future.